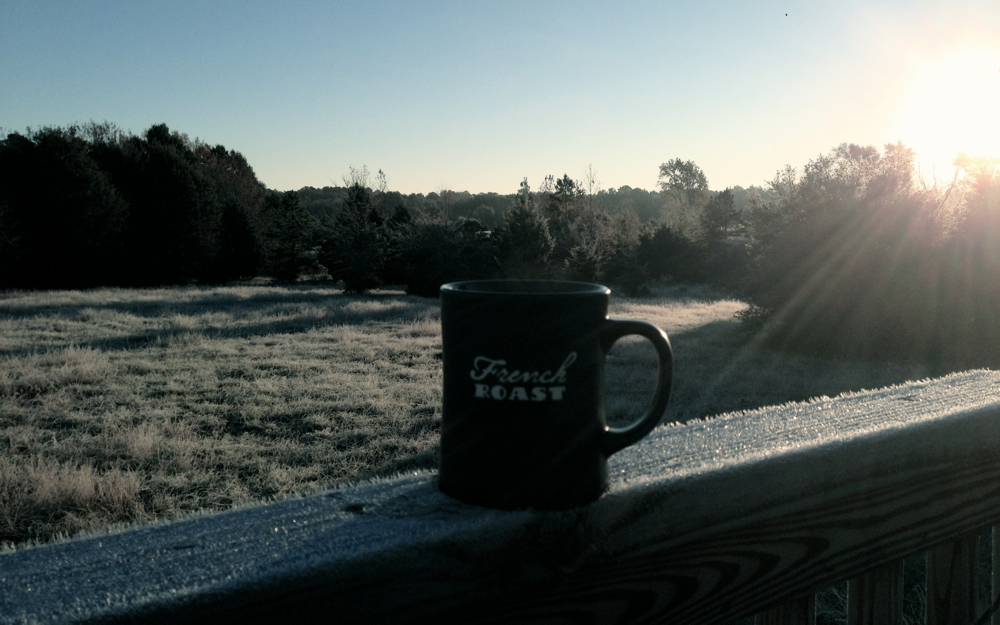 Morning comes in with a click, a sigh, an indistinct whisper. Nudges at me. I push night-sweat curled hair out of my face and pull the quilt over my head. Morning sighs again and whispers some indecipherable secret in my ear. Morning, tasting of sleep and coffee, kisses me. Twice quick and light and once hard and lingering. Kisses the bruise on my left thigh.

I deny the urging and turn my back on morning. Pull the quilt tighter, squinch my eyes a little harder. I start to fall and then catch myself, nestled in a thousand quilts. A mechanical golden bird clicks its beak against the bedroom window, lets itself in, and traipses across the ceiling, its ticking feet leaving gold hieroglyphic markings on white tiles. It calls itself Cielo and tries to land on my head. I swat it away and it disappears with a poof and a click into a cloud of golden  metallic feathers. A tiger with a Cheshire grin paws at the feathers and flicks his tail impatiently.

The phone is in my hand and I’m croaking a hello before I realize that it was ringing and that I’m awake.

“Were you dreaming about me?”

“The little golden one?”

“Writing on the ceiling again? I hope it didn’t wake you.”

“I smashed it. But the tiger would have gotten it eventually.”

“Maybe weirder for some than others. I set up the coffee maker; it should be ready.”

“Thanks, I know. I tasted it when you kissed me in my sleep.” I glance at the thing with the yellow glare in the corner. “Do all tigers have stripes?”