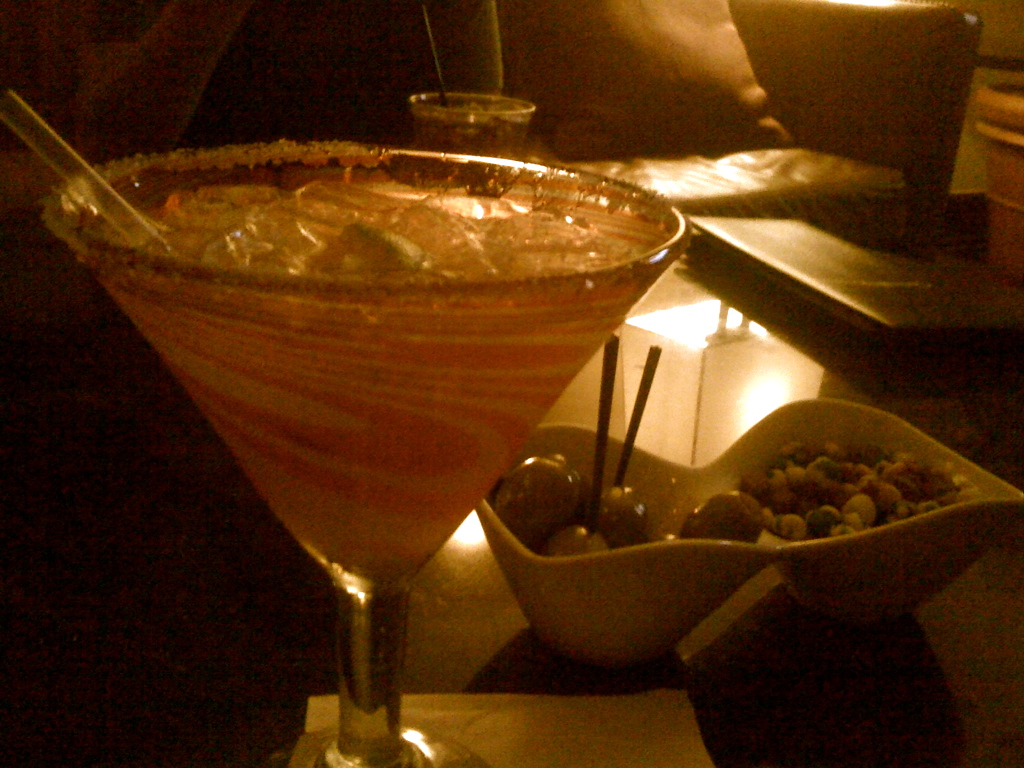 “It’s not going to last,” she said, carefully squeezing the lime into her drink and giving it a thorough stir.

“You sound very sure.” He tried to keep the hope out of his voice. They’d done this dance before. Many times.

“She doesn’t like to travel.” She dipped one finger in the drink, ran it along the rim and then licked the salt, tasting it.

“But you just went to Vegas?” He hated the question in his voice. Hated the tingle of excitement elicited by watching her lick her fingers. Hated that he wanted details to think about later.

She shot him a look of disgusted amusement. “Vegas isn’t traveling. It’s…” She searched for a word.

He waited, knowing better than to help. When she wanted help, she’d say.

“Vegas is preschool. Look, she…” A pause and a sharp exhale, and then, “She doesn’t even have a passport.”

He nodded, made a sympathetic sound, and waited. They sat and sipped. From their vantage point of the leather chairs in the corner, they had a view of the bar, the large flat screen TV and the entrance. She watched the customers move in and out around the bar, trying to get the attention of the bartender or each other. He tried watching the game, but kept letting his eyes slide back to her. She was, if nothing else, exactly his type. Fully fifteen years younger. Petite. Long dark hair. Given to having spontaneous, uninhibited sex and then disappearing for days or weeks and once for several months.

“Plus she’s kind of a lesbian.”

“Well, to be fair, many women who have sex with other women are.”

She sighed. “I know I know, but…ok, you know that joke about lesbians bringing a U-Haul on the second date?”

“She started talking about the future. In Vegas, no less. I’m looking to have fun, go dancing, get laid and she’s talking about looking for a bigger apartment. Or a house! You know for ‘her dog’. Right.”

He thought about it for a minute. Wondering why her arrogance never even fazed him. It always just seemed warranted. “Maybe she just wants more room for her dog?”

She snorted. “She’s looking to nest. Trust me, I’ve seen it before.”

He couldn’t think of a response for that, so again they sat in silence. He didn’t kid himself. He knew he was waiting for her to make a move. She sighed and held up her margarita, examining it. “Three, two, one. The perfect mix,” and then downed it with only a slight shudder.

He knew what she meant. He’d heard her order it enough times. Three parts tequila, silver, top shelf; two part fresh lime juice; and one part Cointreau. Rocks. Salt, but not too much. But whenever she said “three, two, one” he remembered something else she’d said.

They were on his bed – it was always his bed because she didn’t bring anyone back to her place. Ever. They’d had sex and she was naked and had a joint that had been tucked in her jeans pocket pinched between thumb and finger. She’d rolled over onto her back, stretched luxuriantly and suggestively, and then said “three, two, one” and inhaled deeply. He’d looked at her quizzically. She’d laughed and for the first time, maybe the only time, he’d thought it wasn’t a pretty sound. “Rule number one: no more than three dates.” It had felt like a judgment. After all, it had been their third date. And it was after that night that he hadn’t seen her for months. He’d called, texted, emailed, but no response.

When he did see her again it had been at a party and she’d been with someone else, but she’d been bored and had left with him. Back to his place. She would occasionally meet him “just for drinks” and occasionally have sex with him “just for fun”, but they hadn’t had what you’d call a date since that night. A friend had stated sympathetically that he’d become her booty call. But there were worse things, right?

She carefully set the empty glass down, stood, and slung her oversized purse over her shoulder. “Well, I’ve got to go. I have a date.”

Short laugh, “No, not tonight.” And she was gone.

He paid the tab and tipped the bartender well, despite his disappointment. On the way to his car he thumbed through his cell phone contacts, found what he was looking for, and tapped the number.