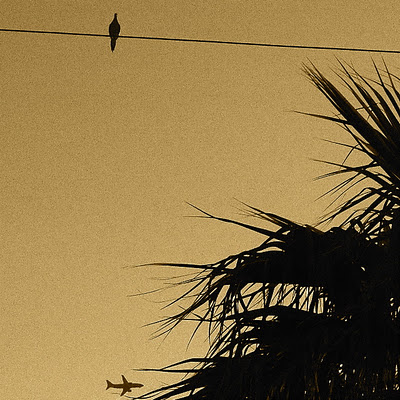 Listening to the radio the other day I was surprised to hear a story about stilt walking. I was even more surprised to be taken back to a recurring childhood dream. In the dream I’m standing in our yard just off the front porch when a man on stilts rounds the corner from the back yard. Sometimes it was my father on the stilts, sometimes some other man (or men); I either don’t remember (or never knew) who. The feeling the sight evoked was a mixture of beguilement and distress. Although the sight of someone on stilts was exciting, it was also somehow just wrong. That memory started me thinking about the other recurring dreams I’ve had–and there have been several, aside from the naked at church/school/work dreams and the forgot to study for finals/go to class all semester/show up for work dreams.

There are two others from childhood that I distinctly remember. One stars a crush I had starting around age eleven and going on for some years. The object of my crush was the neighbor kids’ cousin, so he was around just often enough to tantalize, but not enough to become familiar and boring. In my dreams I would somehow know that he had arrived next door for a visit and I would rush over to say hi only to find a stranger standing in their living room. Naturally everyone would insist that it was Mike even though it clearly was not. The other recurring childhood dream involved me, in my own bed, listening to the steady, insistent beat of soldiers marching. I could hear them getting closer and closer and sometimes my bedroom wall would become transparent and I could actually see them marching on the highway toward us. This dream was accompanied by the feeling that I had to warn everyone, but, of course, I was paralyzed and unable to move.

A bad relationship in college resulted in years of dreams featuring that former boyfriend in which his nose had taken on the district shape of a penis. My dream dick head?

Adulthood brought a couple of new recurring dreams. One always involved my teeth falling out; sometimes one at a time and sometimes all at once. The other has me standing by impotently as a plane crashes. It’s always a big passenger plane and I’m close enough to feel the wind and be deafened by the crash, but never harmed or even touched by debris. And I’m always overwhelmed by the knowledge that I could have stopped it.

I really can’t remember the last time I thought about the stilts dreams. They had receded, like so many childhood memories, so far into the recesses of my brain that they had almost disappeared. But now that I have remembered them, I can’t help wanting to examine them. I mean the plane and tooth dreams are clearly stress related, but what makes a child have a recurring dream about stilt walking–someone else stilt walking at that? Maybe someday I should ask her.

Photos and text by Sandra Peterson-Ramirez