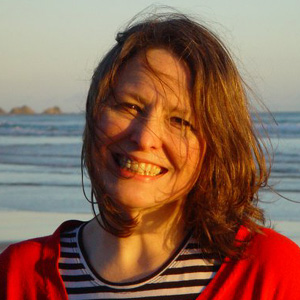 Tina (td) grew up in Houston, devoting her time to hating primary school, watching re-runs of Gilligan’s Island, eating Blue Bell Ice Cream, and fantasizing that her real life was elsewhere – which turned out to be true. She spent her young adult life in New York City and now lives in the central highlands of Victoria, Australia with her husband, Robin, a British import of 1955 vintage. They own and operate Real World Interfaces, a business specializing in electronic musical instrument design, implementation, and modification.

Professionally, Tina enjoyed a first career in the NYC book trade from the late 80s until the late 90s, and a second career as a Family Therapist until mid-2010.  These days, she works as Robin’s electronics assistant whilst dispensing treats and cuddles to their ginger cat, Ponyo. Tina enjoys writing short stories and novels and has been working for several years on a Gothic fantasy called The Grief Orchard.

Robin (whose technical expertise makes this site possible)  is an electronics boffin, a computer programmer, a creative genius, and an avid researcher. He is also pretty good at amateur photography. Tina and Robin enjoy many things, not the least of which is romping around Australia in their 1979 Kombi Van (aka the Mango Mothership). 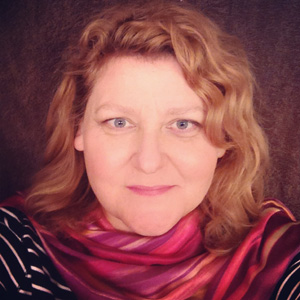 Sandra grew up on a dairy farm in east Texas, where she spent most of her time avoiding chores, reading romance novels and riding one mean pony who tried to kill her every chance it got. After surviving the rigors of farm life, she did the obvious thing and moved to New York, where she parlayed her early dairy experience into a career in the “glamorous” world of books and publishing. Sandra now lives in the Houston suburbs with her husband, her step son and the world’s sweetest pit bull.