Look what just arrived in the post! Of course, I’ve also ordered the American edition―this one is the British―from an independent bookseller in the U.S. because it comes with a free Murakami book bag (Because one can never have too many book bags, yes? Especially when they have black cats on; or, in the case of my Harper Lee bag, a mockingbird.) This is the Harvill Secker hardcover without the dust jacket on. The boards and spine are beautiful. I enjoy our daily post so much more now that our bills come via email so that our letter box is normally filled with things like books, greeting cards, or other nice surprises. I highly recommend this method of upgrading your daily deliveries!

Book Review: Tales From The Inner City, by Shaun Tan

Tales from the Inner City by Shaun Tan My rating: 5 of 5 stars           ‘Your money is meaningless to us,’ said the bears. ‘You grasp economics with the same clawless paws you use for fumbling justice.’ And, once again, the bears showed us. There they were, God help us, the Ledgers of the Earth, written in clouds and glaciers and sediments, tallied in the colours of the sun and the moon as light passed through the millennial sap of every living thing, and we looked upon it all with dread. Ours was not the only fiscal system in the world, it turned out. And worse, our debt was severe beyond reckoning. And worse than worse, all the capital we…

The Garden of Evening Mists by Tan Twan Eng My rating: 5 of 5 stars   This book slayed me. I loved The Gift of Rain which I read first, but The Garden of Evening Mists has surpassed it in my admiration. The story is hard to endure at times, due to its historical context: Malaya during the Japanese invasion, which began on 8 December 1941, just after midnight (thus preceding the attack on Pearl Harbor). It carries us through the experiences of our narrator, Teoh Yun Ling, who was held for three years in a brutal camp, along with her sister, and who is the sole survivor of that camp. As if subjugation and torture from the Japanese weren’t enough to cope with…

The Thin Man by Dashiell Hammett My rating: 4 of 5 stars     I had never read a Hammett novel until now and, while I did enjoy it, I would be lying by omission if I did not say I like the movies so much better. I suspect this would be the case, too, with Hammett’s other famous novels, in which his snappy detectives are the most enjoyable and memorable aspect of the stories. Hammett’s writing is as crisp and clean as fresh-pressed linen, which suits his material. I found the book to be a real page-turner, in many ways.   And yet . . . *   I think whether readers enjoy Hammet’s writing must depend on whether they are truly a…

Moon Magic by Dion Fortune My rating: 4 of 5 stars   This book was first published in 1957, eleven years after Fortune’s death, so it was completed by friends of hers. This is somewhat obvious, but not tragically so. In Moon Magic we pick up the trail of Vivien Le Fay Morgan after her adventures in The Sea Priestess. Vivien has travelled to London, following an inner calling, where she has changed her name to Lilith Le Fay and is seeking to establish an Isis cult.   I liked Moon Magic better than The Sea Priestess and I am not entirely sure why. I think I felt more connected to Vivien/Lilith because this second book is narrated by her, in first person, for…

The Model by Robert Aickman My rating: 4 of 5 stars   Description from the publisher, Faber & Faber: After Robert Aickman’s death in 1981 the manuscript of The Model, a wintry rococo fable set in Czarist Russia, was located among his papers. Aickman had told a friend he considered this novella to be ‘one of the best things I have ever written, if not the very best.’   The Model tells of Elena, a grave girl inclined to losing herself in dreams of becoming a student ballerina or coryphee. Her dolour darkens further when she learns she is to be sold into marital slavery by her father so as to settle the family’s debts. Refusing an unendurable future she sets out to the city of…

The Demon Lover by Dion Fortune My rating: 3 of 5 stars   Publisher Weiser Books’ description: The Demon Lover was first published in 1927, the same year as H.P. Lovecraft’s The Call of Cthulhu. Dion Fortune was among a generation of occult horror writers that formed popular culture’s obsession with secret societies, vampires, demons, ritual magic, and dark powers lurking in the shadows. What sets Fortune apart from so many of her contemporaries is her deep knowledge of the inner workings of magical orders, rites, and practices, and her own freethinking on occult subjects, demonstrated in the classic Psychic Self-Defense and The Mystical Qabalah. Warning: Plot Spoilers Ahead! I am on a Dion Fortune binge. I discovered her through the books of Phil Rickman, an author whose books I…

The Sea Priestess by Dion Fortune My rating: 4 of 5 stars   Publisher Weiser Books’ description: The Sea Priestess is the highly acclaimed novel in which Dion Fortune introduces her most powerful fictional character, Vivien Le Fay Morgan- a practicing initiate of the Hermetic Path. Vivien has the ability to transform herself into magical images, and here she becomes Morgan Le Fay, sea priestess of Atlantis and foster daughter to Merlin! Desperately in love with Vivien, Wilfred Maxwell works by her side at an isolated seaside retreat, investigating these occult mysteries. They soon find themselves inextricably drawn to an ancient cult through which they learn the esoteric significance of the magnetic ebb and flow of the moontides.   NB: Should you choose to read this…

Caraval by Stephanie Garber My rating: 3 of 5 stars   Note: I read both Caraval and Legendary over the past couple of nights, so this review discusses both novels in a general way. I think I have avoided plot spoilers though and stuck to what I liked and disliked about the books.   Oh my stars! Someone needs to give Garber’s editor a sound thrashing. Why, you ask? Because today I have a hangover from bingeing on buckets of broken stars; mismatched lovers that cling to hope like lost kites over frozen lakes; silver-blue sadnesses that feel like skyfall-peonies rotting in an autumn wind; amber skies smelling of lost dreams and broken promises; betrayal that wreaks of old love letters inked on torn… 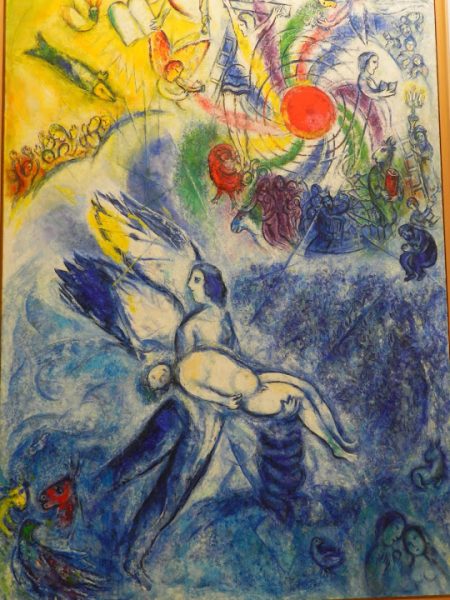