Book Review: Tales From The Inner City, by Shaun Tan

Tales from the Inner City by Shaun Tan
My rating: 5 of 5 stars

‘Your money is meaningless to us,’ said the bears. ‘You grasp economics with the same clawless paws you use for fumbling justice.’

And, once again, the bears showed us.

There they were, God help us, the Ledgers of the Earth, written in clouds and glaciers and sediments, tallied in the colours of the sun and the moon as light passed through the millennial sap of every living thing, and we looked upon it all with dread. Ours was not the only fiscal system in the world, it turned out. And worse, our debt was severe beyond reckoning. And worse than worse, all the capital we had accrued throughout history was a collective figment of the human imagination: every asset, stock and dollar. We owned nothing. The bears asked us to relinquish our hold on all that never belonged to us in the first place.

Well, this we simply could not do.

So we shot the bears.

Never fear, gentle reader, for while we cannot resurrect the bears, the cows will surely avenge their deaths. I have been following Shaun Tan’s work for years now, and was exceptionally happy to attend a talk he gave at a Melbourne bookshop around the time The Bird King was published. This one is my favourite of his works so far, though I love quite a few of them, including the aforementioned Bird King.

In the Author Notes Tan released about Tales From The Inner City, he opens with this statement: Tales from the Inner City, a sister volume to my anthology Tales from Outer Suburbia (2008), is a collection of 25 illustrated stories about relationships between humans and animals. The basic premise I set for myself was quite simple: think about an animal in a city. Why is it there? How do people react to it? What meaning does it suggest? The first story I wrote concerned crocodiles living across the entire upper floor of a skyscraper, and this triggered a flow of similar daydreams. (See Allen & Unwin Book Publishers link to download Commentary by Shaun Tan.)

This type of artistic process fascinates me, which is probably why I love authors such as Murakami, too, who says he writes in the early mornings before he’s fully awake because that’s when his subconscious is still tossing up interesting ideas (that’s my paraphrasing, not what he actually said). Like Murakami, Tan’s books are shot through with images that evoke something powerful in us, through pictures and words, yet they are both elusive and ephemeral. We feel constantly that we are on the brink of grasping something important, which we may lose upon wakening.

Tan also had this to say in his notes: What I love about speculative fiction is the way it can address commonplace problems in unusual, hypothetical ways. He offers us a series of poetic and thoughtful illustrated vignettes in Tales From The Inner City, with each story spinning off one of his unusual hypotheticals. The results are stunning. 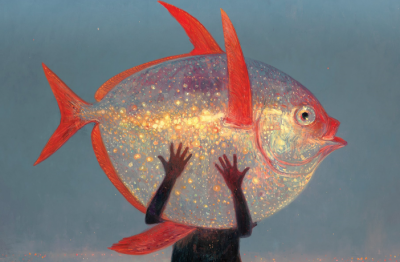 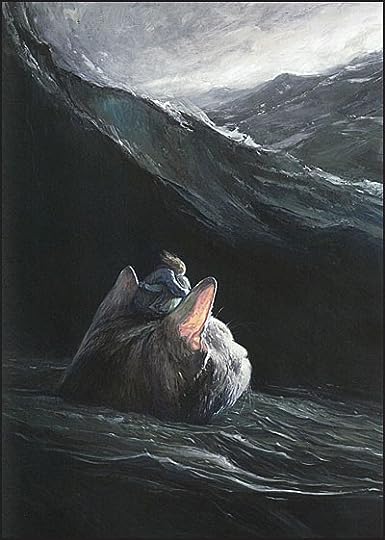 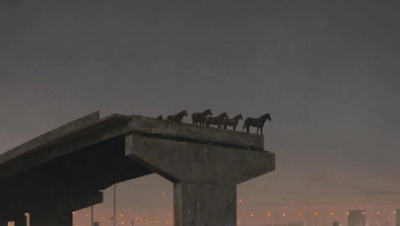 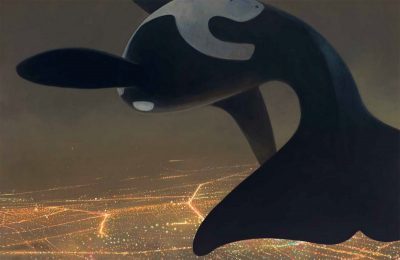 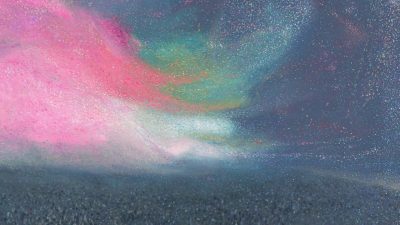 Importantly, my animals never really speak, and their animal natures remain inscrutable. They are beings that move in and out of each story as if trying to tell us something about our own successes and failures as a species, the meaning of our dreams, and our true place in the world . . . (See Allen & Unwin Book Publishers link to download Commentary by Shaun Tan.)