Moon Magic by Dion Fortune
My rating: 4 of 5 stars

This book was first published in 1957, eleven years after Fortune’s death, so it was completed by friends of hers. This is somewhat obvious, but not tragically so. In Moon Magic we pick up the trail of Vivien Le Fay Morgan after her adventures in The Sea Priestess. Vivien has travelled to London, following an inner calling, where she has changed her name to Lilith Le Fay and is seeking to establish an Isis cult.

I liked Moon Magic better than The Sea Priestess and I am not entirely sure why. I think I felt more connected to Vivien/Lilith because this second book is narrated by her, in first person, for all but the final chapter. (The Sea Priestess was in third person and we were only able to understand Vivien through Wilfred’s view of her, as it was more his story than hers.) Having said that, there is a lot more explanation of the theory and practice of ceremonial magic in this book, too, which amounts to pages and pages of description. Fortune believed that the initiate who read The Sea Priestess and Moon Magic, along with her nonfiction text The Mystical Qabalah, would then hold the “keys to the kingdom” of the hidden cosmic realms and be well set to participate in the rites and rituals of Isis. I am not interested in becoming a priestess myself but nevertheless found it interesting. 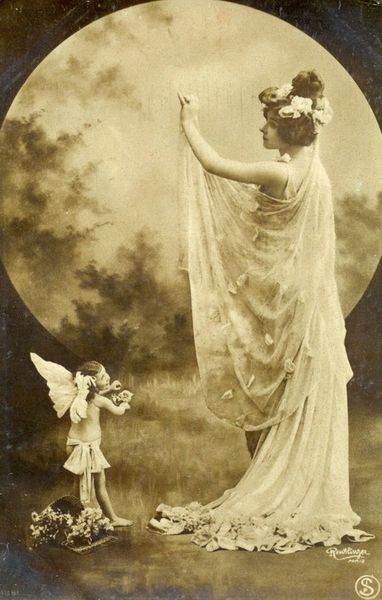 Lilith is a fascinating woman, especially for her time, not only because she lives entirely by her own lights but also because she is an unabashed predator, who willfully emanates a powerful spiritual and sexual magnetism to attract potential acolytes to her, hoping that she may find one to initiate as a priest in her rituals. What the men (Wilfred in the last book, Rupert in this one) expect and what they end up with are very far apart indeed, and one can’t help but feel a bit sorry for them, as they inevitably fall in love with her. Their love is useful to Lilith because, as she explains, it makes her stronger as a priestess, thus empowering her magic and, ultimately, benefiting her goddess. To be fair, she does explain to Rupert fully and completely what she can and cannot offer him in their relationship, so that he goes into the depths of it with eyes wide open, which was not quite the case with Wilfred in The Sea Priestess.

Because Lilith has no emotional needs of other people, she is able to remain aloof and independent and center herself in her own world. She has her own money and, as a priestess, has set herself part in service to her goddess. All that she requires from people (besides a servant or two) is a particular type of male to complete the spiritual work she wants to carry out, which is meant to serve not only her goddess but, ultimately, humankind. Given such lofty and noble goals, Lilith makes no excuses for being completely ruthless in reaching them, as she sees the ends as being worth the means. This tends to leave her men feeling used (as they should!) but, in fairness, she does leave them with a renewed sense of purpose and an enlightenment that they did not possess when they met her. Also, in this book, the fellow who is drawn to her, outwardly a tremendously successful endocrinologist and neurologist, is quite miserable and lost in his life. As with Wilfred in the first book, Rupert ends up enriched by his relationship with Lilith, even though his hopes for love are dashed. Both Wilfred and Rupert, having proved themselves and declared their devotion to the goddess, are empowered to act as priests in serving her, either with Vivien/Lilith or another priestess.

Whoever you are, you look fabulous!

Lilith explains her aesthetic and practical choices in some detail in Moon Magic, and also explains why she must remain celibate. There is a kind of cosmic sexual engagement that occurs between priest and priestess during the ceremonial rites; so, the sexual energy between the pair is used for the magic and cannot be used in the normal fashion. Apparently, it is understood in certain occult communities that, “When sex comes in the door, magic goes out the window” (i.e. they become magically impotent). In the rituals Fortune describes in her books, the goddess has thankfully stopped demanding literal sacrifice of men’s lives and is content to have their energy and vitality drawn off them during the ceremonies, to use to her own ends. The goddess promises to bless them in exchange for their service, but the blessing will come in her own time and her own way. After these rites, both priest and priestess are left vigorous and revitalised (following a brief period of post-ceremonial exhaustion) much as couples feel after good sex. So their energy that is taken up by the goddess is returned to them manifestly amplified (which is not the case with the blood sacrifices of earlier times, where the reward had to be gained in the afterlife, or not at all).

This particular approach to ceremonial magic, from what I have read so far, takes a traditional approach to gender and sexuality. It relies on the “magnetism” between male and female and assumes a “divine feminine” that belongs to all women and is represented, in Nature, by the Moon and the Sea. Likewise, it assumes a “divine masculine” that is represented by the Sun. These elemental forces can be “drawn down” into the priest and priestess during their ceremonies and used for magical ends. I don’t believe any of these things to be true, in a literal sense, but I can see how they might be psychologically potent for some people.

What I really like about the book though is that Lilith buys herself a decommissioned church ** to refurbish into her home and temple, and wafts about the place wearing gowns made out of draperies. She paints all her ceremonial shoes gold and silver and wears a headdress, and creates similar garments for Wilfred and Rupert. Whilst reading this, I could not help but think of Carol Burnett’s send-up of Gone With The Wind, in which Scarlett tears down Tara’s green velvet curtains to remake them into a ball gown. 🙂

Rhett: That gown is gorgeous.
Scarlett: Thank you. I saw it in the window and I just couldn’t resist it.

I am currently reading Gareth Knight’s biography of Dion Fortune, after which, I will be done with my Dion Fortune readings. There are more to read but I’m full up for now. I am not sure who I would recommend these books to, to be honest. They are kind of fun to read. Fortune was a brilliant woman with a fascinating mind but, on the other hand, I think her beliefs were … well, unbelievable. But then, I do not believe there is anything otherworldly about Tarot cards, crystals, or psychics who supposedly channel spirit guides, either. Clearly, these books would hold more than just entertainment value for those who do. 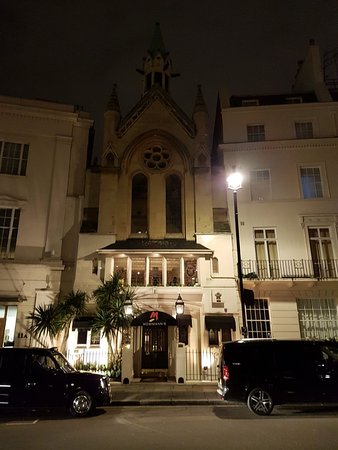 Mossiman’s Club in London, which used to be The Belfry

* There are magic cults that belong to specific LGBTQI groups, nowadays, who come together as outsiders or refugees from mainstream religion, seeking enlightenment and empowerment through their own rites and rituals.

** I believe the church she uses is based on The Belfry in London, where Fortune used to perform the Rite of Isis for the public, and which is now a fine-dining club.