The Model by Robert Aickman
My rating: 4 of 5 stars

Description from the publisher, Faber & Faber: After Robert Aickman’s death in 1981 the manuscript of The Model, a wintry rococo fable set in Czarist Russia, was located among his papers. Aickman had told a friend he considered this novella to be ‘one of the best things I have ever written, if not the very best.’

The Model tells of Elena, a grave girl inclined to losing herself in dreams of becoming a student ballerina or coryphee. Her dolour darkens further when she learns she is to be sold into marital slavery by her father so as to settle the family’s debts. Refusing an unendurable future she sets out to the city of Smorevsk to pursue her dream. First, however, she must traverse a landscape crowded by highly curious characters and creatures.

Comments from other writers:

‘A must for Aickman fans … A model of eloquent elegant enchantment.’ – Robert Bloch (author of Psycho)

‘He is a weatherman of the subconscious.’ – Fritz Leiber 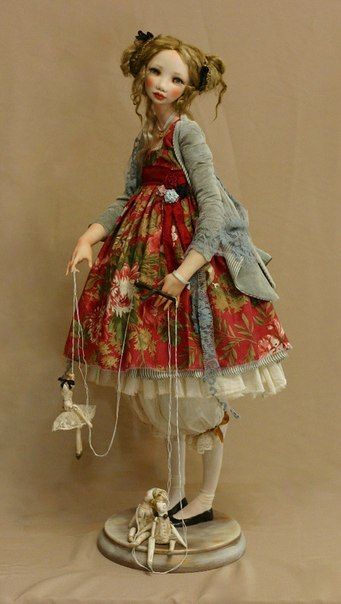 This art doll is, I believe, a creation of Alisa Filipova

The Model was published in 1987, six years after Robert Aickman’s death. I find it interesting that he considered it to be possibly the best thing he’d ever written and could not get that out of my mind as I read it. Without a doubt, it is charming and very funny. I have read most of Aickman’s other work, and believe that his sense of humour is often subverted to other effects, such as striking the right note of creeping dread. If you are unfamiliar with Aickman’s writing, I can only say that he is utterly unique in my experience. He wrote horror stories, but of a sublime and literary style. Many of his stories have left me pondering what it is he does that gets under my skin so much. I am not alone in this, as that is his usual effect on his readers.

The blurb on the back of Aickman’s story collections is by Neil Gaiman, who says, ‘Reading Robert Aickman is like watching a magician work, and very often I’m not even sure what the trick was. All I know is that he did it beautifully.’ Peter Straub explained him this way, ‘What attracted Aickman to ghosts was not the notion of dripping revenants but the feeling – composed in part of mystery, fear, stifled eroticism, hopelessness, nostalgia and the almost violent freedom granted by a suspension of rational rules – which they evoked in him.’ Victoria Nelson really nails it, though, in her introduction to The Model: ‘He loves oblique, corner-of-the-eye effects, throwaway asides that don’t bear directly on the narrative, and the fact that the uncanny lurks in the margins instead of being front and center makes it doubly unsettling.’

Imagine my surprise in reading The Model, then, which I began with my now-usual expectations of bewitchment and bemusement, in equal parts. The author’s style, tone, and effect are set apart for this tale, which evokes no one so much as Angela Carter. Once I got going, I could clearly discern Aickman’s beautiful descriptions and subtle insights, but had you given me the book without telling me who wrote it, I might not have got it right, and probably would have guessed Carter.

I was so caught off-guard by the way he immersed me in Elena’s world, with a delicate and exquisite tenderness (balanced with dark, subversive humour) that I kept thinking, ‘Really? This is Aickman?!’ I did enjoy it, very much, but I think it is the sweetness of his care for the child Elena that startled me. In retrospect, though, I am reminded that Aickman is always kinder to his female protagonists than his males. Though described often as an irascible curmudgeon, it seems to me he had a kind heart for girls and women who captured his fancy. The upshot of this is that, while The Model reads as a dark fairy tale or fable, Aickman sees it through to the end. Our heroine is not destroyed but merely grows up (which is sad in its own way).

The description of this book, by the publisher, as a ‘rococo fable set in Czarist Russia’ tells you all you need to know, really. Since I am a sucker for the rococo, fairy tales, fables, and stories about Czarist Russia, it all came together for me. Elena is a delightful girl who pushes against the confining expectations of the life her parents wish to thrust upon her, in order to grow into her own person and realise her own dreams. This is quite a stand for a girl of that time and culture! The journey she takes and the bizarre and wondrous experiences she has are much like a dream sequence, and one could read the story simply as a young girl’s daydreams.

If you enjoy Angela Carter, and most especially The Magic Toyshop, I think you will like this one, although I will need to reread it, now that my expectations have been adjusted away from horror, in order to decide whether it’s the best thing he ever wrote. As it stands now, my favourite story of his is Into the Wood which can be found in the collection The Wine-Dark Sea, but many of his stories amaze and haunt me. (The Hospice wins, easily, the award for creepiest story I have ever read. It can be read in the collection Cold Hand in Mine: Strange Stories.) 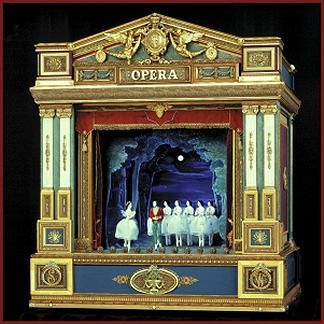 Here are a couple of links to articles, and one to a BBC Radio talk, about Robert Aickman, which you may enjoy. He was a fascinating man.

Robert Aickman’s Cult Horror Books Are Being Resurrected For The Centenary Of His Birth, The Independent, 7 August 2014

Strange Interludes, The Weekly Standard, 25 May 2015