The Illustrated Gormenghast Trilogy by Mervyn Peake
My rating: 5 of 5 stars

Come, oh, come, my own! my Only!
Through the Gormenghast of Groan.
Lingering has become so lonely
As I linger all alone! (p.99)

Ah, Gormenghast! I (td) have only got through Titus Groan, so far, which is the first book of the trilogy. Here is the blurb for that part of the trilogy, for anyone not familiar with it: ‘Titus Groan starts with the birth and ends with the first birthday celebrations of the heir to the grand, tradition-bound castle of Gormenghast. A grand miasma of doom and foreboding weaves over the sterile rituals of the castle. Villainous Steerpike seeks to exploit the gaps between the formal rituals and the emotional needs of the ruling family for his own profit.’

Initially, I was not enjoying the book. I am not sure if this was due to listening to an audio version, which sometimes works for me and sometimes not, or something else, but mostly, I believe that it was the loathing and malice of the characters towards one another that put me off. Early on in the story, there seemed not to be a single ray of mercy, kindness, love, or hope breaking through the grim darkness. I set it aside thinking I might try again later when not in midwinter.

In the meantime, I ordered this grand illustrated hardcover. After receiving it and noticing its beauty, I could not wait to resume the story. Alas, Keda entered the picture not long after the point where I’d left off! Keda is selected by Nanny to be the nursemaid of Baby Titus, so I could stop worrying that he would be dropped on the stone floor of the castle again, only to have his parents and most of the other adults in the room stare with indifference at his crying. (Disclosure: I worked for a long time with abused and traumatised children so I have no sense of humour when it comes to hurting them, whether they are real or imagined.) From this point on, I was able to enter into the spirit of the novel.

Once you get lost as a watcher and wanderer in the vast and dripping halls of Gormenghast, there really is nothing like it. Perhaps if Dickens had grown up in a haunted castle set in an imaginary land, and co-authored his books with Lewis Carroll, they might have given birth to something similar. There are similarities, to be sure, in Dickens’ genius for soap-opera, Carroll’s brilliance for turning everything topsy-turvy, and Peake’s visionary masterpiece.

As in Wonderland, so in Gormenghast. If you find yourself in the company of the Groans, you are no doubt at least a bit mad. Nevertheless, after resuming the book, I began to feel connected to several of the characters and concerned for their well-being: Fuchsia, Keda, Titus, and Nanny, especially. But also, I found that the funny bits are really hilarious. I cannot get enough of Cora and Clarice Groan. A scene that made me laugh aloud is when the twins are dressed up for Titus’ birthday breakfast and using one another as a mirror:

There is another silence. Their voices have been so flat and expressionless that when they cease talking the silence seems no new thing in the room, but rather a continuation of flatness in another colour.
‘Turn your head now, Cora. When I’m looked at at the Breakfast I want to know how they see me from the side and what exactly they are looking at; so turn your head for me and I will for you afterwards.’
Cora twists her white neck to the left.
‘More,’ says Clarice.
‘More what?’
‘I can still see your other eye.’
Cora twists her head a fraction more, dislodging some of her powder from her neck.
‘That’s right, Cora. Stay like that. Just like that. Oh, Cora!’ (the voice is still as flat), ‘I am perfect.’
She claps her hands mirthlessly, and even her palms meet with a dead sound. (p.276)

Dr. Prunesquallor, it must be said, is also hilarious, and I am endlessly fascinated by Lady Gertrude, with her cats and birds. Since I have a cat and bird obsession myself, I think she touches some dark part of me that lives in a tower in a semi-feral state, sporting outrageous piles of hair and billowing garments covered in candle wax.

I keep reflecting on the soliloquies and silent reflections of Lord Groan, and I believe that these remind me most of Shakespeare’s tragic kings, especially Lear. This book is a uniquely strange brew of hilarity and sorrow. There is a particularly poetic speech by Lord Groan, who utters it near his sleeping daughter’s door whilst in a somnambulist’s dream himself, that is immediately followed by a long scene of horrific violence between the grotesque cook, Swelter, and Lord Groan’s valet, the angular and spiky Flay. Horrific, yes, but I could also imagine the Monty Python troupe, in its halcyon days, carrying off this sprawling fight to the death with unparalleled gore and glee. So, if I have already said that this book is something like the love child of Dickens and Carroll, I would have to toss in Shakespeare and Monty Python, for good measure, and conclude too that some of the poetry had been inspired by Poe! Really, though, Peake’s writing, taken as a whole, can only be likened to itself. Utterly enchanting, outrageously funny, and brimming with pathos.

To follow, for your reading pleasure and mine, is Lord Groan’s gorgeous soliloquy that I’ve mentioned above, which he utters in his sleep while Flay and Swelter stalk each other and try not to wake him. Lord Groan, having lost his great library (his sole passion and reason for living) in a fire, is saying these words outside the bedroom door of his daughter, Fuchsia. The loss of his library has pushed him from melancholy to madness so that he believes himself to be not a Lord, but one of the bloodthirsty Gormenghast owls. He is saying goodbye and taking himself off to the tower where the owls are known to gather, to offer himself in sacrifice. Perhaps this should read as a parody of Shakespeare but it doesn’t because it is genuinely sorrowful and too lovely by half to be a parody. When one reads it, in context, it is not at all funny but only tragic:

As Flay reached the last step he saw that the Earl had stopped and that inevitably the great volume of snail-flesh had come to a halt behind him.

It was so gentle that it seemed as though a voice were evolving from the half-light ― a voice of unutterable mournfulness. The lamp in the shadowy hand was failing for lack of oil. The eyes stared through Mr. Flay and through the dark wall beyond and on and on through a world of endless rain.

‘Goodbye,’ said the voice. ‘It is all one. Why break the heart that never beat from love? We do not know, sweet girl; the arras hangs: it is so far; so far away, dark daughter. Ah no ― not that long shelf ― not that long shelf: it is his life’s work that the fires are eating. All’s one. Good-bye . . . good-bye.’

The Earl Climbed a further step upwards. His eyes had become more circular.

‘But they will take me in. Their home is cold; but they will take me in. And it may be their tower is lined with love ― each flint a cold blue stanza of delight, each feather, terrible; quills, ink and flax, each talon, glory!’ His accents were infinitely melancholy as he whispered: ‘Blood, blood, and blood and blood for you, the muffled, all, all for you and I am on my way, with broken branches. She was not mine. Her hair as red as ferns. She was not mine. Mice, mice; the towers crumble ― flames are swarmers. There is no swarmer like the nimble flame; and all is over. Good-bye . . . Good-bye. It is all one, for ever, ice and fever. Oh, weariest lover ― it will not come again. Be quiet now. Hush, then, and do your will. The moon is always; and you will find them at the mouths of warrens. Great wings shall come, great silent, silent wings . . . Good-bye. All’s one. All’s one. All’s one.'(pps. 307-308.)

I owe it to the excellent reviews by friends on Goodreads that, firstly, I heard about Mervyn Peake and Gormenghast and, secondly, that I stuck with it long enough for its magical genius to reveal itself to me. A fantastic literary masterpiece!

Note: This review will be ongoing, updated from time to time as I read my way through the trilogy. 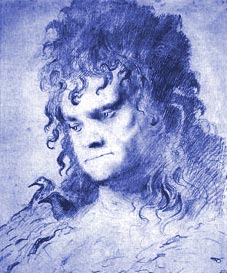 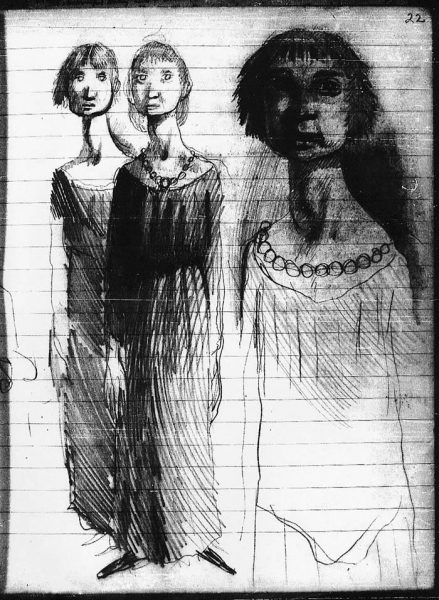 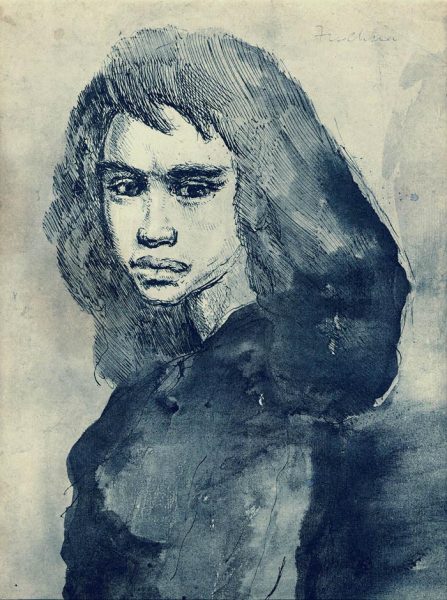