A Reader’s Question: Is it important for protagonists to be likeable? 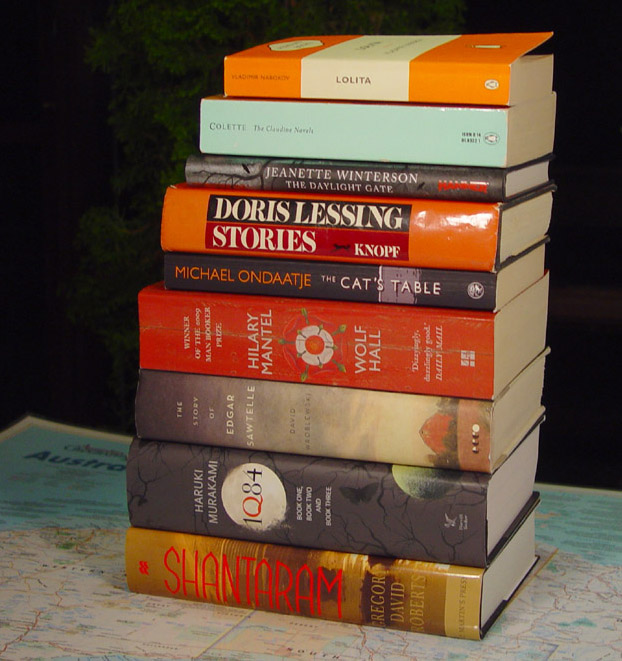 “This is not a novel to be tossed aside lightly. It should be thrown with great force.”
― Dorothy Parker, The Algonquin Wits

Today, while perusing Goodreads, I became interested in a thread about John Kennedy Toole’s picaresque novel, A Confederacy of Dunces , which a couple of readers declared they’d set aside unfinished, because they did not like the main characters. I love A Confederacy of Dunces for many reasons, but I would say that the likeableness of Ignatius, Irene, and Myrna the Minx had little to do with my overall enjoyment and appreciation of the book. I am not sure that I even asked myself questions about their personal charms (or lack thereof) while reading it, except for considering that a woman would have to have very peculiar tastes to want Ignatius as a sexual partner, and thinking that afternoon tea with the family would be hilarious.

Having said that, it is not uncommon on Goodreads and other book discussion forums to come across disenchanted readers complaining about unlikeable protagonists.  Over the past year or so, I have read the following opinions: “I quit reading because I did not like the character(s);” “I hated this book because I did not like the character(s);” and, “I stopped liking this book halfway through when X did Y because it disgusted me.” (These are an amalgam of the types of comments made, rather than specific quotes.) In considering these comments, I began to wonder how important it is for readers to like, or even love, the protagonists of their books. Is this a necessary feeling, or set of feelings, for most people to experience, in order to engage fully with a book?

In thinking about this, I suppose it makes sense for certain types of books that the characters be easy to like or love: romance or mystery novels, for instance, or other popular genre books. In order for those books to cast their spells effectively, readers must be able to immerse themselves deeply in the drama as it unfolds, which they accomplish by attaching themselves to the hero or heroine and then living out the tale through that character. That seems to me to be the hook of these types of books: young girls imagining themselves as the heroine of the Twilight series; children imagining themselves as witches and warlocks in the Harry Potter series; and adults imagining themselves as clever medical examiners, as they peer through the eyes of Cornwell’s Kay Scarpetta.

Are such hooks necessary for serious literature? Reflecting upon the main characters in The Great Gatsby, The Sound and the Fury, or several of Shakespeare’s finest plays – i.e. Othello, MacBeth, the Richard and Henry dynastic history plays, to name just a few – I would be hard pressed to name any likeable characters at all. These characters are not people most of us would want to have as family members or friends (I can hear someone saying, “Well, I wouldn’t mind being Gatsby’s heir!”) and yet, these books are timeless and universally significant. People do read them without casting them aside unfinished, and they are considered by most scholars to be masterpieces of the Western canon.

In more recent works, too, leading characters may seem to exhibit too much or too little of some vital character trait for us to feel a deep sympathy with them; and yet, don’t most of us continue reading? If not, what makes us stop? Even if we take a protagonist who is dissipated, depraved, or distorted in some distasteful or even grotesque way, can’t we find some aspect of them that we recognise in ourselves, or that provokes our sympathy?  Isn’t that what great books are about?

I think that in literature, un-likeableness is often more interesting than the alternative. For instance, in Othello, Desdemona could be any ingenue. Ingenues are deadly boring. Life is thrust upon them, and so they must react, but they do not generate the action and move the tale forward of their own volition. Once they mature enough to become agents of change, they are no longer ingenues. Iago, on the other hand, is the opposite of boring and he is unarguably a powerful catalyst for change; but you would not want to have him to dinner. Iago is perhaps the subtlest, most wicked villain ever created, fascinating and repelling us at the same time. Of course, we are not expected to love Iago, and Shakespeare does not hold him up as the hero of the tale. As for our hero, Othello, he falls from greatness in a devastating way, and our hearts fall with him. Yet, how likeable is he at the end of the play, driven mad by jealous rage and strangling his beloved and innocent wife? How sad when we remember his devotion to her:  “She loved me for the dangers I had pass’d, and I loved her that she did pity them” (Othello, Act I, Scene 3). Is it sadness for Othello and Desdemona, in particular, that we feel? Or is it, more poignantly, sadness for the death of love?

When an author has a potentially unpopular character as the protagonist of a book, or even a hero who fails in his heroism, it seems that many readers feel cheated; or, at least modern readers. I doubt that readers in the past expected a placating Hollywood ending the way we do nowadays. Many readers seem to need to connect with books’ protagonists in a very personal way, as if they were – in good faith – making friends or dating. So, it’s like a love affair turned sour when leading characters turn out be too different from themselves; or to have questionable morals; or to be unreliable narrators; or to behave in ways that readers find unsatisfying or undesirable.

This question of likeableness was prominent in two Goodreads discussions that I read in the past year or two: one about Ann Patchett’s State of Wonder, and the other about Lionel Shriver’s We Need to Talk About Kevin . In these threads, which were initiated upon other topics, the female protagonists of both novels were judged by some readers to be un-likeable. The characters had expressed feelings and had behaved in ways that these commenters found so loathsome that they ended up rejecting the books in their entirity. Interestingly, it was women who protested against the versions of womanhood put forth by Patchett and Shriver. (Part of this is due, no doubt, to the fact that it is women who predominantly read books written by and about women.) These readers would not tolerate either a female protagonist who has sex with a married colleague following a shared trauma, and then becomes pregnant by him; or one who struggles with feelings of detachment and dislike regarding one of her children, who turns out to be a sociopath.

Maybe this discussion involves a more general question about how and why we read, which would not be the same answer for all people, of course.  It brings to mind, also, an argument that emerged here (in Melbourne, Australia) as part of public discourse regarding whether writing about something or someone is the same thing as overtly or tacitly approving of that thing or that person, or that person’s behaviour. It seems to matter little that the “person” in question is a fictional character, and the book a novel rather than a work of nonfiction.

This dispute was about Garcia-Marquez’s Love in the Time of Cholera, in part of which the aged male protagonist seduces a girl of 14, who is dependent upon him, and who subsequently kills herself when rejected by him. (The book is about much, much more than that, but this was the main point of controversy.) The reason it became a public issue is because there was some debate as to whether senior students doing college prep work in their final years of school should read the book. It is a brilliant book by literary standards, as is Lolita, which explores that same social taboo, and whose protagonist is clearly solely interested in pre-pubescent girls. The male protagonist of Cholera, Florentin Ariza, can be likened to Lolita’s Humbert Humbert in both his powers of seduction and his sexual voraciousness and depravity. To me, it seems obvious that in neither book is the author condoning nor promoting child sexual abuse; but to many others, it seems that an author’s exploring an idea in fiction is tantamount to promoting it as desirable, and thereby supporting perpetrators of criminal and immoral acts. In the case of the Garcia-Marquez book, whether describing equals condoning was a big talking point amongst those arguing from both sides of the debate. (For interested readers, there are links at the end of this post to the series of articles from The AGE, and the Bantick piece is followed by comments from the public.)

I don’t believe it is desirable or possible for writers to aim to please everyone, or that it is their job to create likeable or popular characters. I think creating interesting and engaging characters is another question all together, which has little to do with whether they arouse our affections or loyalty; but I have come to understand that this may be a sticking point with some readers. It interests me, too, that this is a problem that exists for fiction, but not for non-fiction. People may argue about points of fact in history or biography, but in general, they do not seem to feel compelled to like their subjects. It is enough for readers to be interested in them, whether or not they inspire fond feelings.

I would appreciate hearing responses to this question from fellow readers: If a book features an un-likeable protagonist carrying out acts which are unattractive, illegal, or morally objectionable to you; or, if the main character is simply repellent to you for some elusive but strongly felt reason, do you keep reading the book, or do you cast it aside; and, in either case, why? (The question presupposes that the book has some literary merit and that it is not simply bad writing that has put you off. )

Links to The AGE articles concerning Love in the Time of Cholera: