The Cat’s Table by Michael Ondaatje My rating: 4 of 5 stars   There are quite a few good reviews on The Cat’s Table already, so I am not going to go into explanations about plot, etc. I rarely choose books based on plot, anyway, and discussing it too much bores me. When I do get in the mood to read for plot, I read genre books or popular fiction, not Ondaatje. What I believe brings most of us readers to Ondaatje is his lyrical language, his exquisite prose styling, and his rendering of subtle and complex characters whom one imagines it would be fascinating to know in real life. He rarely fails in any of these aspects, in my opinion.

The Wind-Up Bird Chronicle by Haruki Murakami My rating: 5 of 5 stars   I can understand readers having extreme love/hate reactions to Murakami, generally, and to The Wind-Up Bird Chronicle, particularly. As in his other works, the most recent of which is 1Q84, opening the covers of Wind-Up Bird is like strapping yourself into a carnival ride through someone else’s dream world; unless you are very keenly interested in the mind of that dreamer, you will be in turns bored or repelled by the experience. I am keenly interested in Murakami, and I find myself willing to read pretty much anything he writes; but it is a love that surpasses my own understanding at times.

Iceland by Sabine Baring-Gould My rating: 4 of 5 stars   Iceland: Its Scenes and Sagas is a fantastic adventure, and Baring-Gould is an excellent guide on this journey through this beautiful land in the 1860s – a time when her population was estimated at 1,862; in other words, it is an Iceland long gone, that we can hope to glimpse now only through historical narratives such as this. This is a fine winter’s read, to be enjoyed while tucked up by the fire with a mug of tea or hot chocolate, sequestered from the outer cold. The book is longish and rambling, reflecting the slower pace and readerly patience of the 19th century; so, it would not be to everyone’s liking.

Tom Is Dead by Marie Darrieussecq My rating: 5 of 5 stars   No plot spoilers here … but then, if you are reading for plot, best look elsewhere. This is a quiet but trenchant meditation on the death of a loved one; in this case, the four year old son of the narrator, a woman whose name we never learn. Her personal circumstances are revealed to us bit by bit, filtered through her complex grief, so that reading the book feels as if we are intruding on someone’s private journals or personal letters to a close friend. The writing parallels the narrator’s emotional experience in its tone, vacillating between numbness, detachment, guilt, longing, rage, and raw anguish. I felt as if I were…

The Tall Man: Death & Life on Palm Island by Chloe Hooper My rating: 4 of 5 stars   The copy of this book that I have has the original blue cover with a red palm leaf on it and it is called The Tall Man: Death and Life on Palm Island. I prefer that title to the other edition’s – which was called Tall Man: the Death of Doomadgee – because it broadened the scope, which I believe matters: the death of Cameron Doomadgee, tragic as it was, is also not an isolated case. There have been several such incidents of death in custody of an Aboriginal person since I have lived here in Australia. I think that the original title alluded to Palm…

A Story and a View 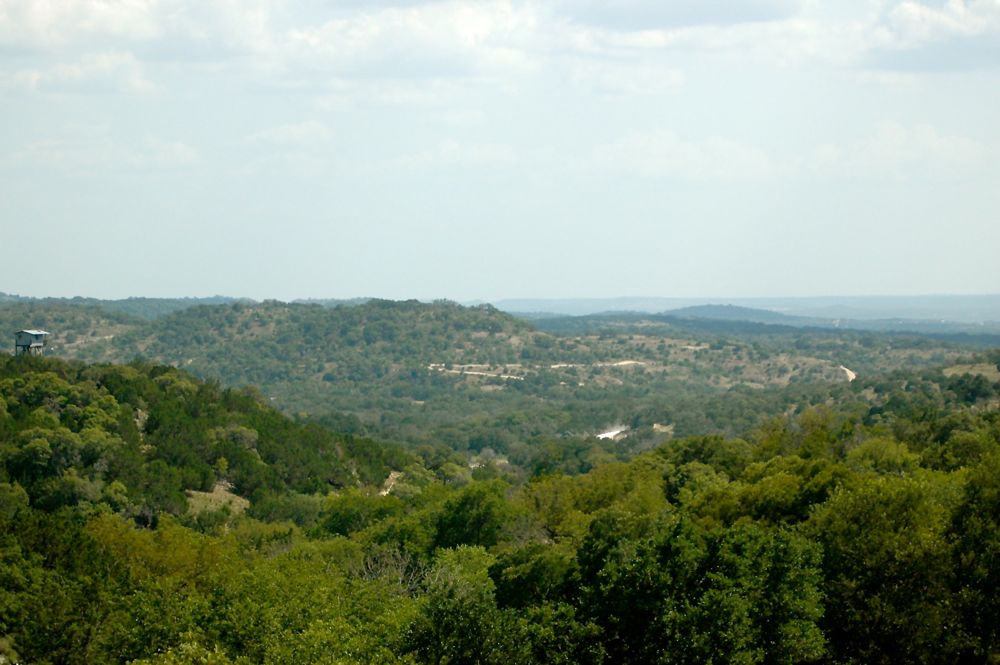 First, a few things I love: a great view; revisiting someplace and finding that I still love it or, better yet, finding something new to love about it; and a good story. I also have a great fondness for dessert, but that’s another list.

We’ve driven right by this spot at least twice before on the way to Alamo Springs Cafe (for their a-mazing burgers), but we never stopped to check out the view. It was worth stopping for. As we stood and admired, the kid asked about the structure over to the left. I told him it was probably a fire lookout tower and that it reminded me of a story.

Sometime in 1936 a girl took a walk in the woods of western Louisiana with a girl friend. They came upon a fire lookout tower and climbed up to check out the view. In addition to a view, they found a sleeping man. He was the CCC volunteer assigned to man the tower and was happily sleeping off the previous evening’s fun. The man awoke to a girl with big grey eyes and a dark ponytail peering at him. She was a shy 17 year old in a blue pinafore. He had a rakish grin, was 26 and, worst of all, was “Louisiana French”.

Of course he immediately began pursuing her. For two years he courted her with compliments and gifts and promises. The thing that eventually won her over was when he paid to have her mother’s remaining teeth removed, and then covered the cost of her dentures. He proposed, she accepted and in 1938 they were married. And then in 1939 they had a baby girl, my mom.

So, I explained to the kid, a fire tower like that one was responsible for my standing there, admiring that view.