Today I Started Loving You Again

My fav cowgirl combo, with white tights and panda shoes, circa 1969

Nostalgia is a funny thing. I find, as I age, it becomes funnier still, or perhaps curiouser and curiouser is a more apt phrase. With some regularity these days, my long-term memory tosses up random files from the Life Narrative Archives of my brain.

Of course, if we are honest with ourselves, Freud and I both know that this memory selection-process is not random at all. These moments of reverie are triggered by my present life looping back to my past in subtle but poignant ways. Sometimes, it’s the way sunlight slices through a room at a particular time of day; or the texture of a shirt I’ve dug out of my closet, that’s still wrinkled from its last wear; or the feel of a sandy wind blowing across my face, on a certain patch of beach, at high tide.

In a low-rent version of Proust’s experience with his Madeleine, I recently bit into a saltine and was overwhelmed by a memory of my grandfather, whose favourite late-night snack was a tall stack of Nabisco crackers that he would crunch up, drown in a glass of cold milk, and then down with a spoon. As a little girl, I would watch as he added the crackers one by one to make a tower on the table. It was marvelous to me to realise that a grown up could indulge in personal ritual with the same profound dedication and seriousness that we kids relished in our daily lives.

Then as now, kids knew implicitly that there were rituals governing every aspect of life, and that they had to be followed down to the last detail. No child I knew ate an Oreo without contemplating the best method of doing so, or jumped into bed without first judging which of his or her toys should sleep nestled under the covers, and which resting on pillows.  All of this mattered. So I understood my Grandpa, and I appreciated that, once the crushing of the crackers was done, he always had a spoon ready for me, too.

As I know is true for many people, recalling the past can fill me with a deep yearning for relationships, places, and times that are lost to me now. Most of us recognise that this is a form of both honouring and grieving our personal histories, and that it’s perfectly healthy, unless we become so mesmerised by visions of Then that we are unable to tolerate the unfolding Now.

One surprising outcome from my own sentimental journey is my renewed emotional relationships with people/places/things that I once loved, then stopped loving, and then started loving again just recently. It does not matter that I apparently did not love them enough back then to maintain the connection; or even that, in some cases, I discarded them as rubbish (not the people, certainly, but many of the things). They have acquired a sense of value and meaning to me, upon reflection, that I may not have granted them at the time, but which makes me appreciate them now more than ever.

Thanks to such Modern Marvels of the Universe as eBay and … well, eBay …  (Is there anything else like eBay? If so, I can’t think of it)  … I have a shot at owning them again – or, at least some of them. Sadly, much of what I miss is unlikely ever to show up at auction.

Things that I miss which I cannot buy on eBay, but wish that I could:

I could add other things, but that would make this a very sad list indeed. Besides, some things are best left on that very private list of personal regrets and losses that we all carry inside us.

Things that I can buy on eBay, or purchase from iTunes, or download free, which make me smile, even though I can hear you judging me: 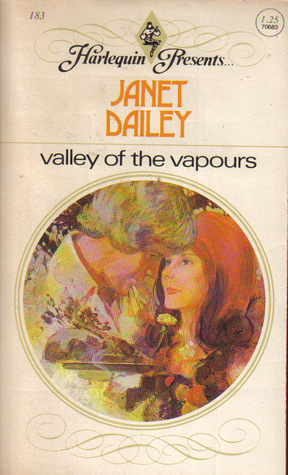 Valley of the Vapours, by Janet Dailey (1977) Harlequin Presents

It may be kitsch, but it’s kitsch that reminds me of home and self, as I once knew them, just as my Brighton Texas charm bracelet does. Growing up in Texas, all I ever wanted was to be somewhere else, but there are days now when I long for a walk in a field of blue-bonnets, and when the little armadillo dangling from my wrist makes me a bit weepy. I love these things without drollness or irony, and I take my nostalgia where ever I find it.