If Wishes Were Horses, I’d Probably be Dead by Now

I have a fantasy. It revolves around a cabin in the woods. On a mountain. Near the ocean. With lots of land. There’s a pie cooling in the open window and a clothesline hung with billowing linens. I can hear the wind in the trees instead of traffic on the freeway and lilting songbirds instead of grackles. On the porch there is a sleeping dog and in the yard are chickens. And on the rolling field are horses. Sometimes they are paints and sometimes palominos; occasionally they are Arabians tossing their heads, manes flowing. 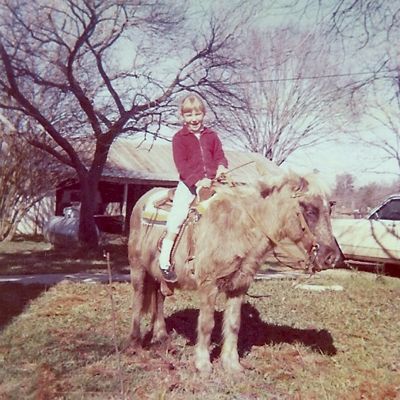 Two things about my little fantasy world. It may strongly resemble the love-child of a Ralph Lauren ad and an Estee Lauder ad. And the assumption is that I will ride the horses at some point.

It’s not that I can’t ride. I believe I could. I grew up in the country; with horses. Horses that hated me.

I got my first pony, Domino, when I was five.

Well technically my eight year old sister got her, but she immediately decided that she was too mature for a mere pony (oldest child syndrome). Domino was a spotted Welsh pony, hence the name. She spent the next few years scraping my legs against barbed wire fences, aiming my head at low hanging branches and jumping streams to unseat me; in other words, trying her damnedest to prematurely end my life. She failed. And I have to say I still resent every sugar cube I gave that ungrateful bitch.

Eventually I moved up to Trigger, a full-sized horse of unknown breed. I think there was some classic evil mixed in there though; maybe a distant relative of one of the four horsemen’s steeds. Or of the headless horseman’s horse. I some other mythical demon horse. Whatever his origins, Trigger’s approach was more direct: whenever I came into range, he’d kick at me or try to bite me. Needless to say, getting tack on Trigger was a challenge. Dad sold him within the year. I just hope his next owner survived.

That left me with Dad’s horse, Dolly Madison (I wasn’t responsible for any of these names). Dolly seemed to like my dad. She seemed to regard me with disdain. At best. First I had to catch her–no mean feat–then I had to saddle her. Dolly had a little trick. She’d puff out her belly while I was saddling her and then let it out either right as I mounted her or as soon as I was in the saddle. Either way, I ended up in the dirt. Then she’d just stand there. Looking at me. And she didn’t do it to my dad or my sister or my brother. Just me.

I’ve ridden other horses, but these are all the ones that I considered mine. Well there was Bonnie Bess, named for a book I read about Bonnie Bess the Weathervane Horse. She was Domino’s foal, a package deal with her mother, an adorable knock-kneed little thing when we got her. She was meant to be mine, so of course she was half Welsh and half demon-spawn. She turned out to be completely unbreakable. In fact, sometimes when I’d walk in the pasture she’d just take a run at me with no provocation. Oh yeah, that’s “my” pony. Great.

Considering my track record, maybe in my fantasy world I should replace those paints and palominos and Arabians with adorable miniature ponies. Or cows. 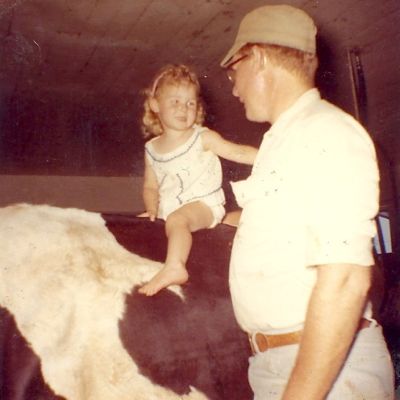